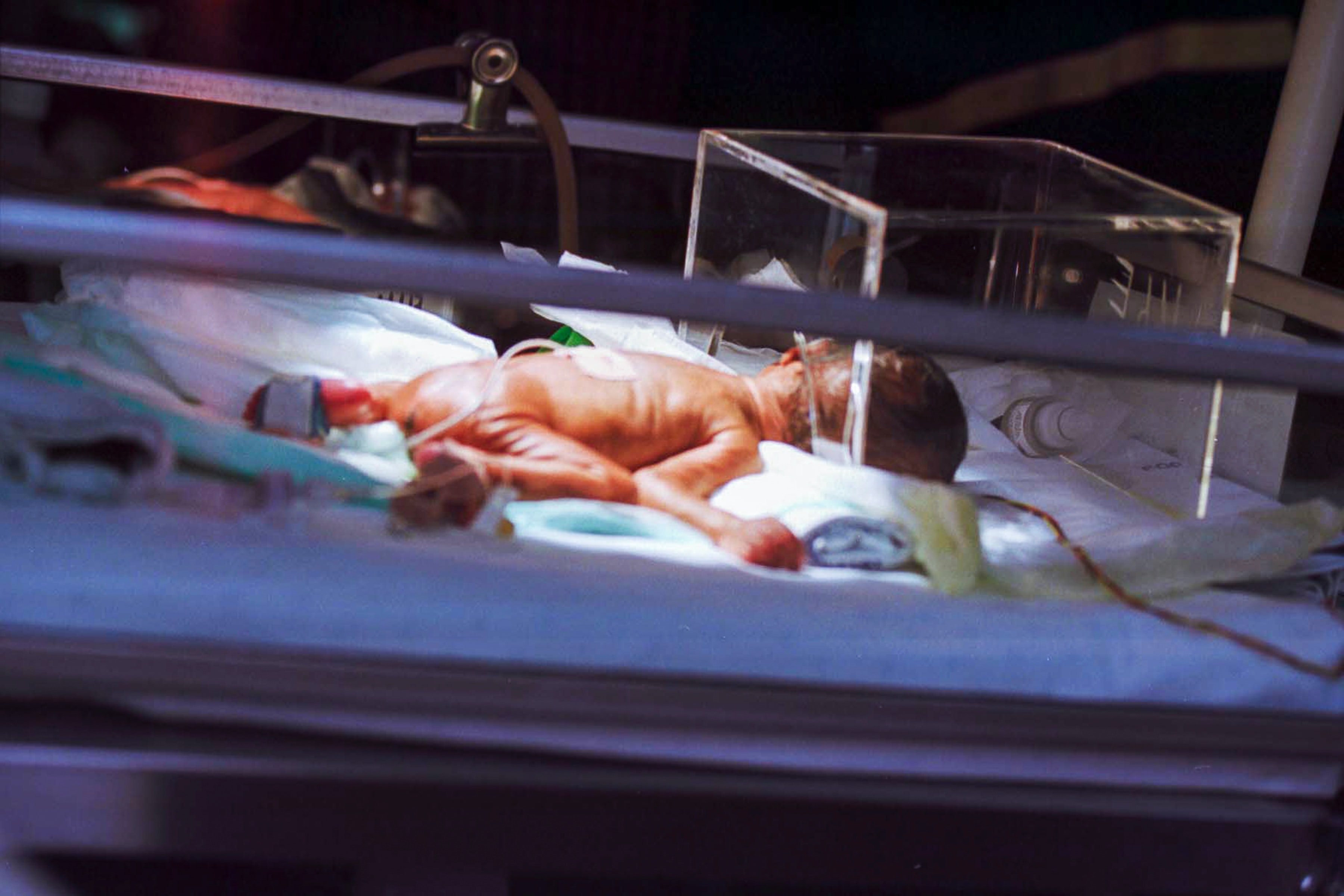 A tiny new human is surrounded by machines and sensors.

A doctor looks on in concern. She knows the odds.

The survival rate for a baby born at 23 weeks.

She puts the thought aside and does what she can.

The neonatal intensive care unit (NICU) is an environment in which life-changing decisions are made. Neonatologists use information from a variety of sources to build up a picture of a newborn’s condition to ensure they are receiving the right medical care. These highly trained specialists use their judgement in tandem with a constant stream of patient data to ensure that as many infants can go home with their parents as possible.

It is an immensely difficult task to correctly interpret this deluge of data and to identify the appropriate care to give. However, machine learning is being used to identify and develop ways in which these decision-making processes can be enhanced. Here are four ways in which machine learning is being applied to improve patient outcomes in this most important of areas.

Birth asphyxia occurs when a baby receives insufficient oxygen immediately before, during, or after the birth process and it’s the fifth largest cause of death in children under five. It’s associated with an equally large number of stillbirths, and can frequently cause long-term disabilities and impairments due to the resulting organ damage.

In well-equipped hospitals, this condition is diagnosed by looking at blood acid levels, by using heuristics such as the APGAR test, and looking generally for other signs of neurological problems or respiratory distress. Despite these procedures, symptoms may not always be immediately apparent until it is too late. In particular, hospitals in certain developing nations may not have the equipment or infrastructure to be able to routinely perform conclusive tests.

Ubenwa is a mobile application that uses techniques from the field of speech recognition to detect early signs of birth asphyxia in a newborn’s cry. In 2015, Charles Onu developed a prototype support vector machine-based machine learning model that could correctly classify recordings of known asphyxiating infants with an accuracy of 89% in a lab setting. In 2017, Charles and his team built this model into a prototype mobile application with the potential to become a widely accessible tool that could be deployed to resource-poor environments.

One major barrier is the lack of clinically annotated data (ie cry recordings) for infants that have suffered from asphyxia. Charles and others at Ubenwa have recently explored the idea that transfer learning could be used to apply learned representations from adult speech to overcome this lack of training data.

A neonatal epileptic seizure is a serious condition that requires emergency care—if the seizure goes undetected and untreated, brain damage and even death can result. Unlike in older children and adults, seizure symptoms are not always clinically visible in babies, which makes them difficult to detect.

The only reliable method of detection is the monitoring of the electrical activity of the brain via an electroencephalogram, or EEG—but these signals are being produced constantly and a trained professional is typically needed to properly interpret the output.

In 2011, Temko et al published a paper in which they trained another support vector machine-based model to classify segments of EEG activity into seizure/non-seizure events. Their model was able to detect up to 100% of seizure events in the test EEG data—albeit with a number of false positive results. However, the sensitivity of the model can be tuned depending on how many of these false positives can be tolerated. Tuned to a level where no false positives are indicated, the model was still able to detect over 50% of seizures, which is still a significant and promising achievement. 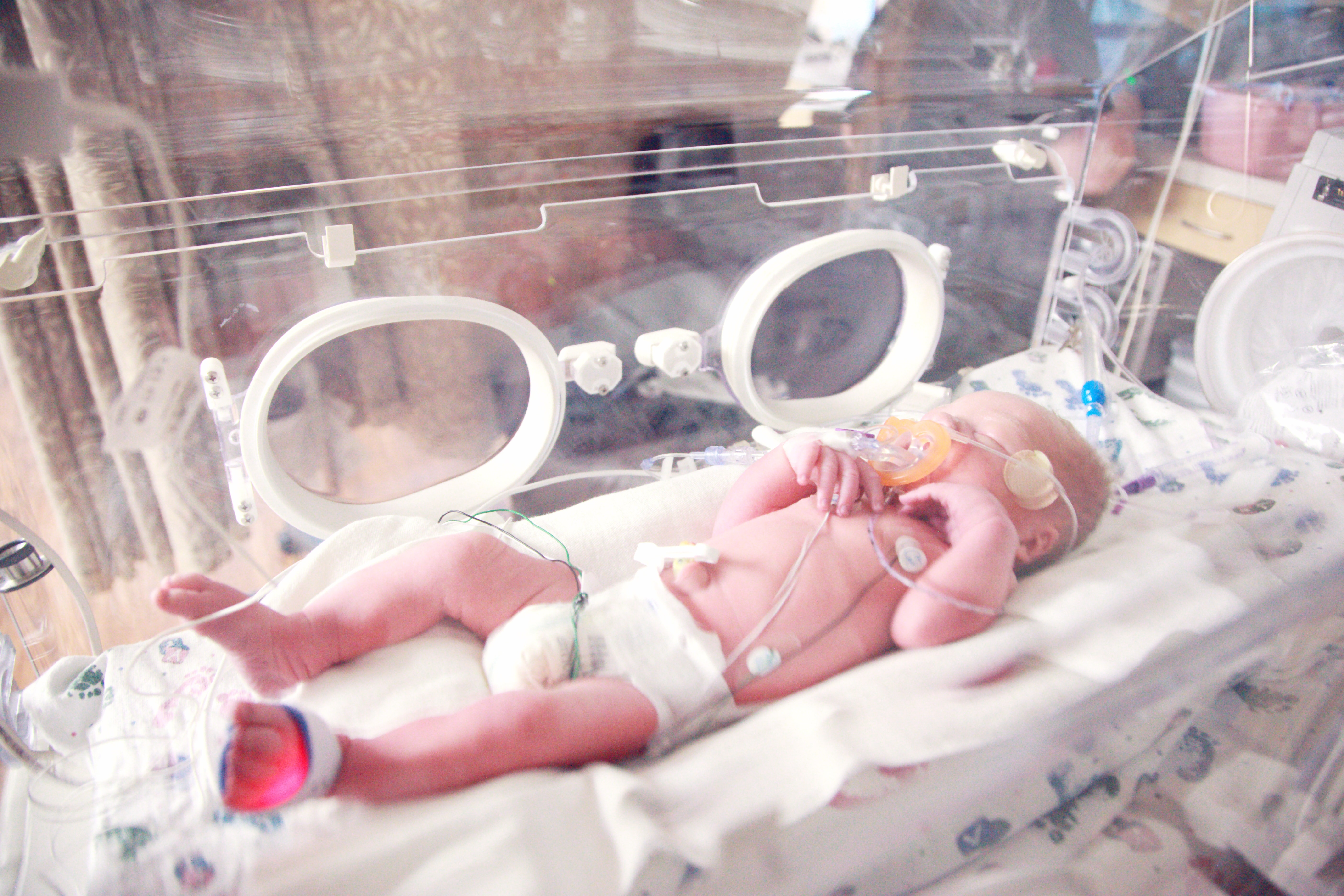 Sepsis occurs when the body overreacts to an infection and the subsequent immune response starts to cause damage to the body’s own organs and tissues. The condition is associated with a high rate of mortality and can be so devastating that neonates thought to be at risk are often given antibiotics as soon as possible until sepsis can be ruled out. Relatively few term infants (babies not born prematurely) are affected by sepsis, but preterm babies are at much higher risk. A third of extremely preterm infants (those born at a gestational age of less than 28 weeks) develop sepsis while in intensive care. Early diagnosis is critical to maximising the chance of a good clinical outcome and recovery, but the difficulty with diagnosing sepsis is that the signs are non-specific—that is, many other disorders and conditions can produce similar symptoms.

In 2019, Masino et al set out to see whether machine learning models could be used to recognise infant sepsis four hours prior to it becoming clinically suspected. They trained eight different machine learning models on 30 features, which were selected with the help of domain expertise. These features collected from an infant included vital signs, the results of clinical assessments, and the values obtained from various lab procedures such as blood tests. It was found that six of the eight models performed well, achieving AUCs of 0.85–0.87. Further research is underway to determine whether these models can improve clinical efficiency in a trial setting.

Neonatal Respiratory Distress Syndrome (NRDS) is among the leading causes of death in the first month of life. Even in developed countries, the mortality rate can be as high as 60% and a significant proportion of infants that survive still go on to develop life-altering impairments. NRDS occurs in 10% of all preterm babies and usually occurs when a baby has not yet produced enough of the substance needed in the lungs to prevent the airways from collapsing. In severe cases, mechanical ventilation is required.

In 2016, digital diagnostics company SIME Dx announced that it had developed a test that could accurately predict which babies are at risk of developing respiratory distress syndrome. The test makes use of a device that passes a beam of infrared light through a sample of gastric fluid—a substance that is routinely collected from an infant at birth. A unique signature is produced, which is then piped into SIME’s AI tools to predict NRDS with a high degree of sensitivity. In turn, this enables doctors to tell which babies need treatment and which do not, ensuring timely care and reducing the need for unnecessary procedures. In 2018, SIME announced a new device that fully automates the test, which is now on the path to commercialisation.

One cannot help but feel a stir of emotion, and perhaps a sense of cosmic injustice, in seeing a tiny infant on a ventilator. Beyond our evolutionary instincts to protect and support children, there is a deeper sense of value that comes with each new life. Those impossibly bright and curious eyes are an aperture, behind which lies an unimaginable and priceless potential. A unique set of ideas and perspectives that would go on to change the world. Each infant that cannot be saved is a loss for all humanity.

If we could increase the survival rate for infants in the NICU—even by a single percent—who knows what new ideas and perspectives would be brought forth. Machine learning and artificial intelligence can help us unlock this latent human potentiality, one model at a time.